Wildland Security » Technology
“Like the resource it seeks to protect, wildlife conservation must be dynamic, changing as conditions change, seeking always to become more effective…”

The trees have eyes – TrailGuards

Wildland Securities’ primary anti-poaching technology is the TrailGuard system. As the name suggests, they guard trails. The basic tenant of the TrailGuard system is that vast areas can be secured by surveillance of the relatively limited trails – lines of access – poachers use habitually or by necessity - choke points, ridge lines, river crossings,  dense forest with salient trails. Trails exist because they are the easiest - and sometimes the only practical way from “A” to “B”.

The TrailGuard system consists of electronic sensors, principally  cameras – “invisible sentries” – concealed along trails used by poachers to gain access to their killing grounds. Each camera is triggered by the motion of a large animal – much like a conventional camera trap.  However, these are camera traps have the “smarts” to  ”phone home” when they see an event they are programed to classify as a threat – a possible poacher.

The image of the possible threat is transmitted immediately via whichever communication is best suited for the region – and suitable choices exist for territories extending  from pangolins to penguins – to the internet and then back to the  ground forces responsible for dispatching “rapid response teams” to intercept the poacher BEFORE he kills.

The TrailGuard cameras are positioned as near as possible along the trail to where the poacher would have first entered so as to give the maximum advance warning.

Some people will do whatever they think they can get away with. And in remote wilderness areas they can get away with a lot without fear of being detected by humans. There perception that they can do their deeds unobserved will change when they learn that there are invisible eyes in the forest watching them and are able to immediately send their  picture to authorities. In the poachers mind, any and every tree could be watching him. We don’t want to have to go out and catch poachers – what we want is to deter someone from entering a protected area intent on poaching.

The TrailGuard system  is electronic trap line set for poachers. A poacher entering an area protected by TrailGuards now becomes the hunted. 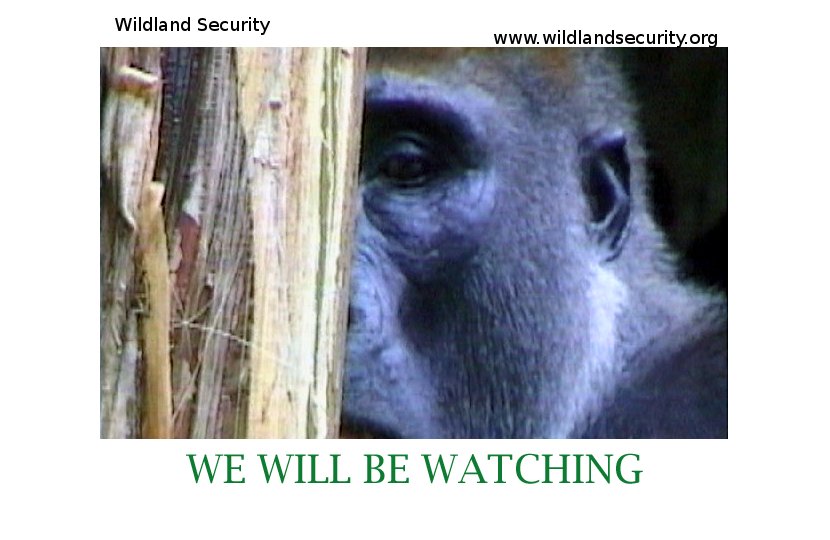